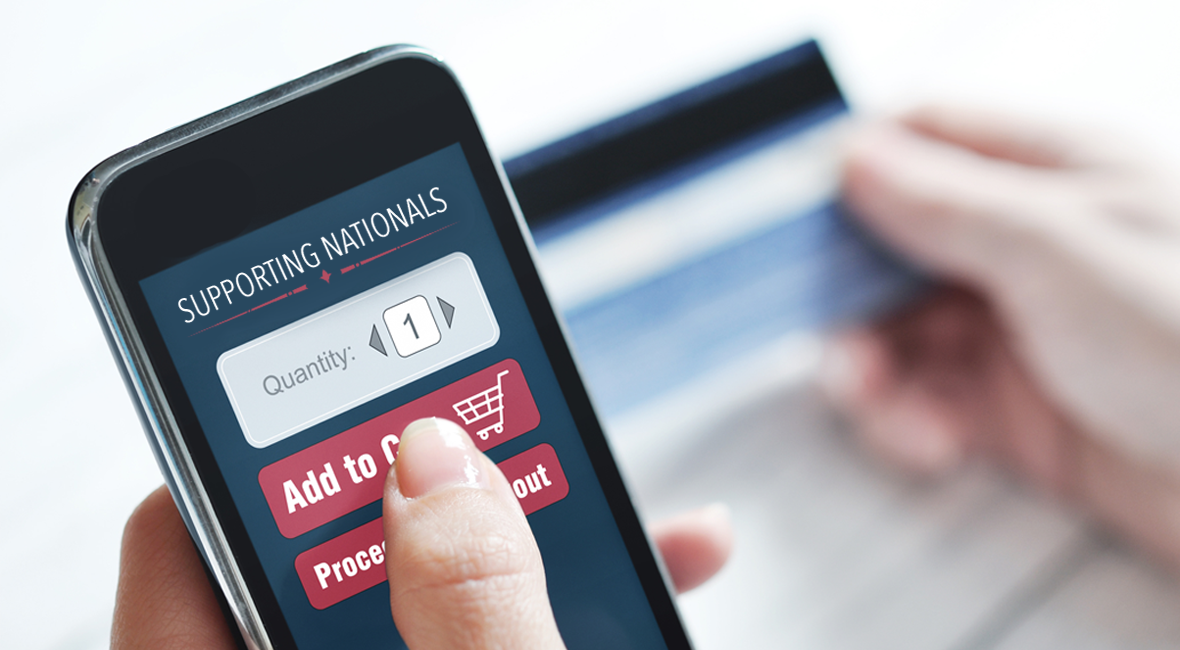 We all like saving a dollar. In fact, we often feel better about spending if we know there’s a savings at the end of the check-out. Since everyone loves a discount, what if we could do the same with foreign missions? The question that many are asking is whether it’s still cost effective to send American personnel overseas when you can directly support a national pastor for a fraction of the cost. Many are claiming how funding nationals seems to provide “the biggest bang for our buck.” ﻿

The call to reach all nations with the Gospel of Jesus Christ is a mission that Christians around the world have taken up for the last two thousand years. Growing up in New York, I can remember being part of countless missions conferences where American men, women and families were sent out with the express purpose of making disciples of all nations. However, it appears there’s a growing shift in how the American church wishes to continue the great commission through direct partnerships with nationals.

The whole idea around supporting national pastors and why many think it’s the sure way to go is based on the premise that nationals supposedly require a fraction of the money needed to work on the field. In addition, a national is already fluent in the local language, is embedded culturally in the country and has already made inroads with the people there. I don’t deny that the Gospel must be taken up by these local men if there’s to be any forward advance beyond our borders. However, it’s important to understand the difference between empowering and providing when it comes to these types of partnerships. I’m concerned that this isn’t the deal that many think it is.

Gospel For Asia has been one of the biggest advocates for directly supporting nationals in our era. KP Yohannan, author of Revolution in World Missions states, “. . .we must understand that the primary role for Westerners now should be to support efforts of indigenous mission works through financial aid and intercessory prayer.” [1] This message resounded all over the USA as millions of dollars streamed in to help those in India hear the Gospel. But there was little to no accountability with the vast amount of incoming cash and in 2015 GFA lost its 36 year membership with the ECFA (Evangelical Council for Financial Accountability). [2] It’s not much of a surprise that 180,000 donors filed a class action in late 2018 to recover $376 million dollars in donations given as far back from 2009. [3] As of March 1, 2019, GFA settled in court to return 37 million dollars. [4] This is a disgrace to foreign missions, the church and most importantly, to God. When missions becomes more about money and less about Jesus Christ, it becomes a machine to serve our own self interests.

I’ve been involved in foreign missions for almost 20 years and what I have seen has given me cause to question whether supporting national pastors with American funding is the best course of action. Please consider the following-

When money is given to a pastor abroad in an impoverished area, it teaches the local body of believers that they are merely the recipients of the Gospel and not the propagators of it. They never will learn to tithe or even give to support their own pastor because someone from miles away has got it all covered! As well, I’ve personally seen national pastors who receive such funding and they’re despised by their own people because their pastor is now living in a higher income bracket than the rest of the neighborhood. Everyone knows where the money comes from and the native people become jealous because they’re not getting a piece of the pie. The end result is catastrophic for the local church. It never recovers and usually must continue to be revived by outside funding or risk shutting down. Robert Lupton in his book, Toxic Charity, wrote that when we do for the foreign church what they should themselves be doing, we’re actually disempowering them. [5]

2. Supporting national Pastors could undermine the calling of God to ministry and turn it into just another occupation.

In a third-world country, unemployment rates are high and there’s little to no money-flow in the village. People often trade with hours of reciprocated work, animals or grain. But when word gets around that a Christian missionary has arrived and is paying people to preach, this is an offer that no man can refuse! Even if they’re already part of another church, they’ll jump ship and convert just to take advantage of the opportunity. [6] The calling to serve God becomes about a paycheck instead of a heart decision to follow Jesus Christ.

3. Supporting national pastors could undermine any form of authority or accountability.

Years ago, a pastor Stateside asked about how to directly send money to a local man in Zambia for a specific project. Of course, I politely responded with how it wasn’t the best idea and that there was very little accountability. He said to me, “Damon, if this national pastor steals a little from off the top, who am I to judge him? He has so little and I have so much.”

I was shocked! We have to be careful that we don’t indiscriminately throw money at people because we feel guilty about our standard of living in the USA. I have seen foreign funded, national pastors in Zambia and what they spend money on. Often, there’s no accountability and when they end up misappropriating funds, we’re quick to write it off because they “have so little.” “Giving to those in need what they could be gaining from their own initiative may well be the kindest way to destroy people.” [7]  The same principles in the Bible that govern the American church are the ones that should govern those around the world.

4. Supporting national pastors could undermine their confidence that they can reach their own people.﻿

One of the main goals in any foreign work is for it to be self-sustainable by the local people. Many could wrongly conclude that local pastors are incapable of doing God’s work without us and without our funding.

Ralph Winter wrote, “Money builds and money destroys. On the positive side, Western funding has assisted innumerable evangelism and social projects throughout history. The poor have profited physically and spiritually from such tangible acts of compassion. However, the down side is the insidious slide toward dependency on the part of the receiver.” [8]

We hear the stories about how the national homes are so small, and their kitchens are detached from where they sleep! We hear how they still use outhouses and how they have to work the land to eat, and eat much less than we do in the USA. These local pastors don’t have cars or motorbikes and they may only have a bicycle! You see, we often compare their standard of living to ours and not to what is relative to their local area. By so doing, we’ve persuaded them that they can’t serve God in their own environment and without our help. If we don’t have confidence in these men, how will they have confidence in themselves that God can use them? If we see their lack of amenities as a hindrance to them serving God, they will too.

5. Supporting national pastors could undermine any efforts in planting other churches.﻿

Mostly everything that’s done by missionaries when starting a church abroad is done in a way that’s reproducible. Otherwise, how will the church grow and new places be reached by the local people on the ground? By supporting nationals, we create a system that they can’t reproduce. They don’t have the funds to pay people. This philosophy makes the church and the Gospel to be centered on money and not on God and his redemptive plan. The end result is that the church will thrive as long as money is flowing in. However, once the foreign subsidies stop, the work will come to a screeching halt.

6. Supporting national Pastors could undermine our responsibility to carry the Gospel and make disciples of all nations.

A few years back I read a book that emphatically claimed no more American missionaries were needed abroad. The writer went so far as to say that any American who answered the call to cross international and cultural boundaries for the sake of the Gospel was just wasting his time. When Jesus sent out his disciples, he told them to go into all the world. He wasn’t referring only to money transfers and bank deposits. We all have a responsibility to do our part and physically take the Gospel to places where it’s not preached. This call to go and make disciples isn’t just for our national brothers, but it’s one that applies to us too! Each of us should be willing to answer this call if God should speak to our heart.

Where do we go from here?

I’m working in a semi-remote village in sub-saharan Africa with people who don’t have a lot materially. My goal is to impart to them a knowledge of how they can serve God with what they have! The men I’m personally training are farmers. That means that before we go evangelizing, they’re out in the fields. Before we do discipleship, they’re in the fields. And again, before our Wednesday service, they’re in the fields! Our pastor will probably be a farmer and he’ll live in a house that’s normal for his area. He might have a bike because that’s what most of the people use here to move around. I won’t pity or underestimate him. A man like this is God’s best tool for reaching the people around him with the Gospel.

We can empower national pastors by working alongside them and establishing them in sound doctrine. These men need to know that they can reach their own people and that they don’t need to rely on us to succeed. We want to encourage the church abroad while reenforcing that we’re co-laborers together. Our greatest resource that we have in reaching this world with the Gospel are willing people that are ready to work.

The aim of this article is not to discredit those who are serving abroad, whether they be national pastors or international volunteers. In fact, there are exceptions to these rules and even times when it’s great for a foreign church to physically help and show love to another.

This post was written as a reminder that we must have discernment with how we assist and what could happen in other cultures that are quite different from our own. It’s important that we protect the people we’re trying to help by promoting a good and reproducible model that they can continue in.

Remember, the ultimate goal is for God’s name to be glorified and for His message to be sent to every nation, tongue and tribe.

5. Lupton, Robert D.. Toxic Charity: How the Church Hurts Those They Help and How to Reverse It (p. 3).

7. Lupton, Robert D.. Toxic Charity: How the Church Hurts Those They Help and How to Reverse It (p. 4). 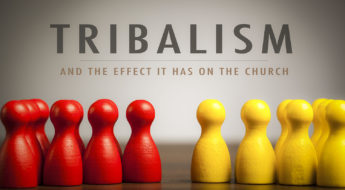 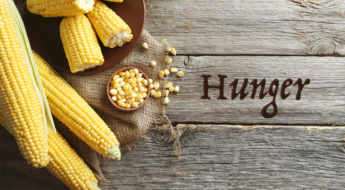