In her book Let Me Be a Woman, Elisabeth Elliot wrote, “The fact that I am a woman does not make me a different kind of Christian, but the fact that I am a Christian makes me a different kind of woman.” With that in mind, stories about women who faithfully served the Lord make me want to dig a little deeper into what we can learn from their example! How can these women’s stories help us be “a different kind of woman”? With that focus, the last time I read through Acts, I especially noticed the few verses the Bible gives us about Priscilla, and found myself challenged by her! Let me share some of what I learned about this woman who consistently served God!

1. Priscilla was her husband’s teammate.

Every time the name Priscilla appears in Scripture, it is alongside her husband. As I typed her name in the previous paragraph, it felt awkward not to include Aquila! While there’s obviously nothing wrong with married people having individual ministries, never should they feel they’re pulling in separate directions. Marriage equals being on the same team! What a beautiful story the consistent side-by-side names tells of Priscilla and Aquila’s relationship: it speaks to their friendship, teamwork, and united hearts. They weren’t simply married to each other, they were working together towards a common life goal.

As a missionary wife in a third world country, Priscilla and Aquila’s example encourages me! With our family living and serving so remotely, there’s little in the way of distractions or opportunities to divide my husband’s and my energies. We *have* to pull together, or we won’t accomplish anything in this survival environment of rural Africa! And, contrary to the popular message of “chasing your own dreams” that would see this as a negative, our life as a team with common goals brings such unity to our relationship. Being my husband’s friend and teammate is such a JOY!

Acts 18:24-28“Apollos… was instructed in the way of the Lord… knowing only the baptism of John… whom when Aquila and Priscilla had heard, they took him unto them, and expounded unto him the way of God more perfectly… he… helped them much which had believed through grace: For he mightily convinced the Jews… shewing by the scriptures that Jesus was Christ.”

In the interaction between Aquila and Priscilla with Apollos, we see that Apollos was a strong teacher… of the wrong doctrines. Rather than shaming him for being incorrect, they saw that his heart was right and they “approved that which was excellent” in him. And there was plenty to commend him for! Just look at the list of qualities describing Apollos in the short passage- eloquent, mighty in the Scriptures, able to instruct others… The list goes on! They were able to discern it was his discipleship that was lacking, not his character. Aquila, with Priscilla by his side, discretely guided Apollos how to use his zeal “more perfectly”. As a result, the gospel was went forward with truth and boldness!

How often do we let certain personalities get under our skin? Maybe they don’t mesh well with our tendencies or maybe, like Apollos, they’re just flat out wrong, so we discount their contribution to anything of value. Priscilla and her husband didn’t look at people this way. They searched for their strengths, and used grace to reach them where they were. If I Cor 16:12 is the same Apollos, we see that he continued to be a strong man uneasily shaken or moved. But in this later passage he was using that strength as an asset towards the gospel, and they gave him the space and grace to do that as he grew in his own walk with Christ. What a great example this is for me as we minister to people in rural African villages who were in bondage to animism and witchcraft prior to salvation, and whose growth sometimes seems slow from the outside looking in. Just like Priscilla, my role is to teach the lost and new believers how to apply the power of God’s Word “more perfectly”, encourage the good growth they have, and allow them to mature in their own relationship with God in a way that is sustainable and long-lasting.

Romans 16:“Priscilla and Aquila my helpers in Christ Jesus”

We are first introduced to this couple in Acts 18 as exiles from Rome, cast out for being Jews. But we don’t see Priscilla throwing a pity party at their displacement. We see her up to her elbows in God’s work! We find Priscilla traveling by boat to another church, teaching along side her husband, hosting a church in her house… She was solid in her knowledge of eternal importance and confident in her ability to help in her role. This comes by faithful study and a teachable heart.

“Faithful study” will look differently during various stages of life. When we had 6 children in 9 years, and moved 8 times (6 times internationally) in that span, I simply didn’t have time or energy for hours of daily deep Bible study. Occasionally, yes. Daily, no! But when you’re in a crazy season you can still find creative ways to be faithful in studying your Bible and keeping your focus on eternity! Some things that helped me were reading passages from the Daily Light book/app while nursing my baby, listening to God’s Word be read on the YouVersion app while brushing my hair, putting on podcasts while I cooked dinner (frequently pausing for littles who needed me!), or sometimes just sitting my little ones down in chairs in front of me and reading the daily Proverb out loud to them! Being a helper in the cause of Christ starts with a heart that is a student of God’s Word!

Acts 18:18“And Paul… sailed thence into Syria, and with him Priscilla and Aquila…”

I feel this point is a companion of the previous observation. Because Priscilla knew the Scriptures well and had an accurate view of eternity, we see her willingly traveling alongside her husband via sea voyage to minister to churches with the apostle Paul. We’re talking sea sickness, aggressive cultures, and pagan societies. Yet each time and in each place, she faithfully served God, no matter how uncomfortable the circumstances may have been. She “rolled with the punches”, following God’s leading, even if it meant crazy schedules and instability.

This one I can certainly relate to! Nothing is more valued in Zambian life than flexibility! Even as I type we are in the midst of figuring out medical care for our daughter’s broken toe. We have seen 3 different doctors over the past week, and had it casted twice. We have yet another recasting appointment this afternoon as the first two casts have disintegrated, and are considering our options in the capitol at this point. Flexibility. Such a valuable quality to possess! Even when it gets uncomfortable or interferes with our schedule, remembering the why behind putting yourself in such circumstances brings it all into focus. Priscilla was in her stretching situations for the cause of Christ; so medical marathons or other inconveniences I may experience due to limited local resources are also for the eternal goal of souls for God’s kingdom! Thinking of it in this light sure puts things into perspective!

I Corinthians 16:19“The church that is in their house.”
What a story those words tell! Any of us who have hosted fellowships know the work involved in them. Now imagine that it happens weekly, sometimes multiple times a week! This wasn’t the casual type of fellowship of a few games and laughs. A church in their house meant that there was in depth teaching, discipleship, worship- an entire church service every time! This wouldn’t have been an option unless Priscilla worked to be hospitable, making her home a place of comfort where others can relax and learn.
In addition to being a missionary and a wife, I’m a homeschooling mama to 6 children. I can relate to this tension between wanting my house to be put together enough for me to feel comfortable opening it up, and allowing it to be used for God’s purposes despite it’s imperfection.

Our house always busy and full, and due to being in the third world seems to always have something that needs to be fixed! And in true third world style, “fixing” involves the long process of assessing the situation, working towards resolution, and attempting to rig a stop-gap solution! Haha! It can be hard to see past the improperly installed broken tiles on my floor, the water seeping in through the walls, or whatever else may seem “wrong” at the moment, and prioritize the spiritual needs of the people within those walls. Locking my front doors tight until I “get my ducks in a row” is tempting!

But those ducks will NEVER be satisfactorily in a row! My family, or my house, will never “arrive”. But the good news is that God doesn’t want our perfection, He wants us to offer what we have up to Him to use, and allow Him to make it enough. Priscilla understood this, and regularly offered her house up to be used for the edification of the saints.

May we each be challenged by Priscilla’s excellent example of a woman whose life as a Christian made her a “different kind of woman”! Let us be gracious students of the Word who pour our energies into matters that further the good news of the gospel! Women who don’t make excuses; but instead encourage the brethren and create spaces to invite others to sit along side us at the feet of Jesus.

Damon & Lisa Matacchiera live and work in Zambia, Africa with their six children. Their extensive time on the field has culminated in the formation of Hope Zambia. This family’s motivation in everything they do comes from their desire to love God and love people. Thank you for taking the time to learn more about this cause!  READ MORE about their journey!

WHAT OTHERS ARE SAYING 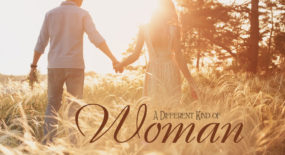 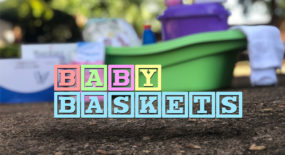 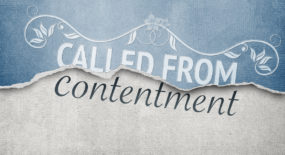